Diverse teas from a diverse India

Imagine this: You wake up in the morning, freshen up and grab a seat at the dining table. The newspaper awaits your eager eyes. But something’s amiss. You talk to your family, but you still find something missing, something crucial to your morning schedule. Something not quite right about this morning. Take a guess!

Yes! It’s your cup of tea! Those early morning sips of tea, providing you that hit of freshness and energy to bring your day on a bright, energetic note. This has been the Indian way of living, our Indian culture of beginning our day for decades now. Ever wondered how tea actually found its way to India?

Britishers were introduced to tea during the 1660s by the Portuguese. In the 18th century, Britishers kick-started the tea industry in India, initially for their own consumption, due to the long trade route between England and India. They used Chinese seeds, planting and cultivation techniques, and converted large expanses of hillsides into tea plantations. As of date, India is one of the biggest tea producing countries in the world. Even more fascinating is the fact that 70% of the production is consumed in India itself.

Tea belongs to the camellia family of plants, Camellia Sinensis to be specific. Its bush grows only in a tropical and subtropical climate, preferably in an elevation range of 2500 to 8000 feet above MSL (Mean Sea Level) and is harvested by hands. The art of planting tea has been loved by many tea lovers and tourists. The sight of tea plantations covering vast expanses of land like a green blanket is a sight of wonder and beauty. Many tea estates in India in fact allow tourists to be a part of the plantation and plucking process first-hand. Here are a few popular tea gardens from across India that have formed their legacies over the past decades and in some cases centuries: 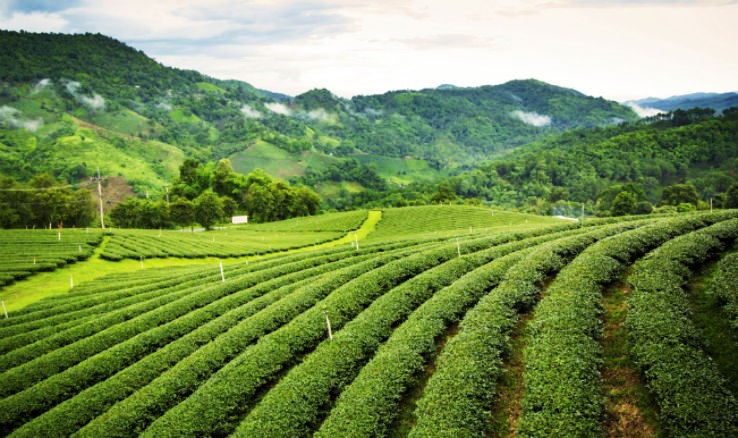 Assam is the largest tea producing state of India as well as the world with a production of over 400 million kg per annum and gives us one of our most loved tea – the Assam Tea. Owing to its tropical climate, the tea produced here has a malty flavour. Due to India’s demand for black/CTC tea, most of the tea grown here is black. Furthermore, due to its malty flavour characteristic, it goes really well with the Indian Chai i.e. Milk Tea.

Assam tea is manufactured specifically from the plant Camellia sinensis var. assamica (Masters). This was after the initial planting of the Chinese variety did not work in Assamese soil conditions.

The best time to visit here is from May to the end of June. The state also hosts ‘Assam Tea Festival’ in November that gives tourists an opportunity to make a visit to the splendid tea gardens of Assam. 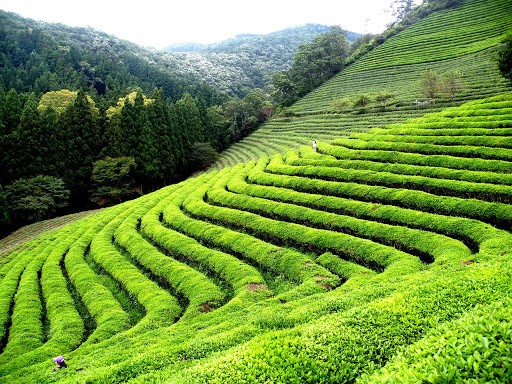 A café menu is incomplete without a Darjeeling Tea. So much has been the impact of this unique variant that it has bowled over people from across the globe with its distinct flavour and aroma. It has made a special spot for itself in the hearts of the British especially. A perfectly brewed Darjeeling Tea yields a light-coloured golden yellow infusion with a floral aroma. Though traditionally Darjeeling tea is a black tea; oolongs and green teas are also grown here in smaller quantities. Darjeeling Tea is preferably consumed in the orthodox tea format. One of the famous tourist spots here is the Happy Valley Tea Estate. Established in 1854, these gardens are the second oldest plantations in Darjeeling. The best season for Darjeeling is from March to November to witness the plucking of the first and second flush in action. 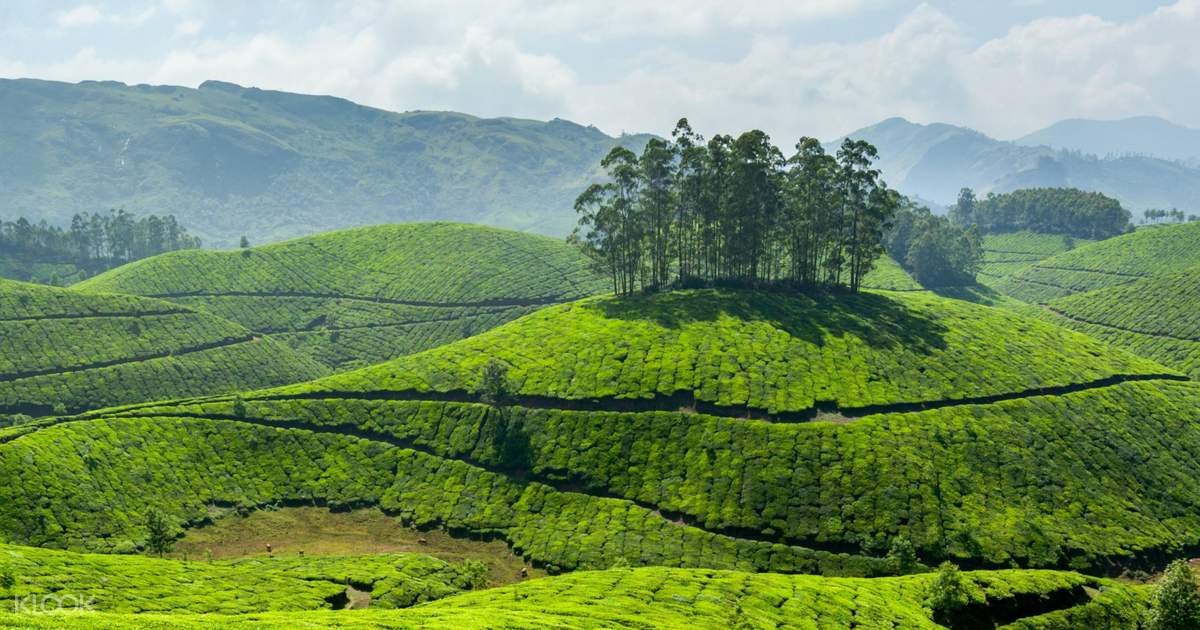 The hill station of Munnar is tantamount with rolling hills that are carpeted with lush and leafy plantations of tea. Tea in Munnar is grown on its undulating slopes, and sometimes, terraced plantation.

Munnar means the confluence of 3 rivers: Mattupetty, Periavaru, and Nallathanni. It is a picturesque town and a tranquil hill station located in the Western Ghats of Kerala. At an elevation of 6000 ft in the district of Idukki, Munnar was the summer resort for Britishers since the late 19th century. It is known for its green belt of lush forests and unending expanse of tea estates and is also home to some of the endangered species of flora and fauna like Neelakurinji and Nilgiri Tahr. The Neelakurunji bloom is a rare spectacle for which tourists from all over the world flock to this peaceful town. The speciality of the Neelakurunji blooms is that it occurs once every 12 years and covers vast expanses of tea plantations with a hue of its purple flowers. It is known to be one of the most sought-after tourist destinations in South India due to its pristine valleys, mountains, and exotic varieties of flora and fauna. There is no doubt Munnar is called the Kashmir of the South.

Its pleasant hills, unspoiled lakes and rocky terrains have made it a popular trekking and camping site. Apart from this, you can stay in a treehouse or visit the tea plantations for a surreal experience. Safari tour of Eravikulam National Park and Shikara ride in Kundala lake should also be the top things to do in Munnar. The Tea Museum at Munnar is India’s first-ever tea museum that will take you through the tea history of Munnar and help you get insights into the glorious tea industry of India.

The weather in Munnar remains quite pleasant throughout the year but the best time to visit Munnar is between September and June when the weather stays very pleasant and heavy monsoons will not spoil your travel plans. 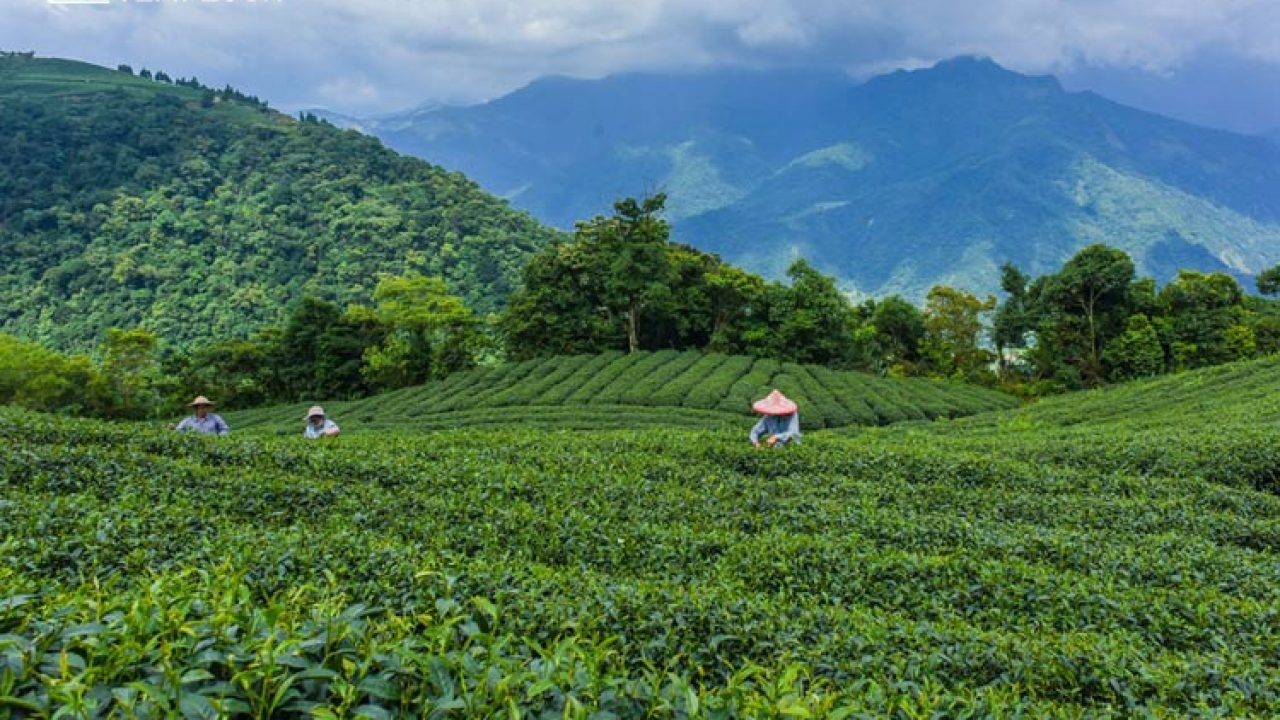 The Nilgiri Hills sprawl across Tamil Nadu, Karnataka, and Kerala. Not as popular as the Assam or Darjeeling Teas, Nilgiri Teas are dark, aromatic and possess a strong flavour. Nilgiri Tea is also called Blue mountain tea. Tea cultivation has been happening here for over a century and is core to the region for employment as well as an industry.

The teas here have a slightly minty and fruity taste owing to the expanses of Eucalyptus and Gum in the territory. Spices are another key crop for the region. The Nilgiri Hills aka the ‘Blue Mountains’ receive the influence of both the south-west (Primary Monsoon season) and north-east monsoons (post-monsoon rains: September to March); a key reason for all-year availability of tea in the region.

Like Munnar, the weather is pleasant throughout the year. The best time to visit is between September and June when the weather stays very pleasant and heavy monsoons will not spoil your travel plans. 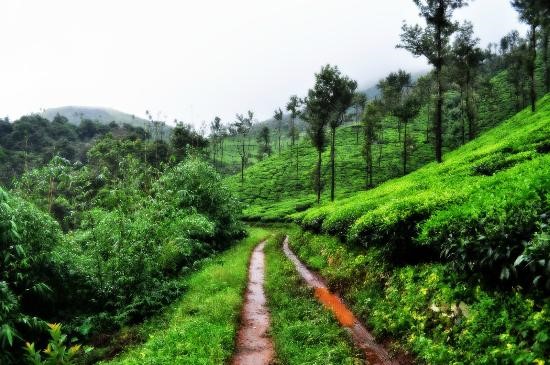 Primarily known for its Coffee plantations, Chikamagalur in Karnataka is home to massive spreads of tea plantations too. It has several tourism bungalows within the tea estates to give an authentic experience to tourists. Many of the plantations here also invite tourists to get involved in the tea plucking process. The region houses many organic tea producers and is a major attraction for tea enthusiasts. The tea produced here has a distinct light flavour due to the plantation techniques and weather conditions. 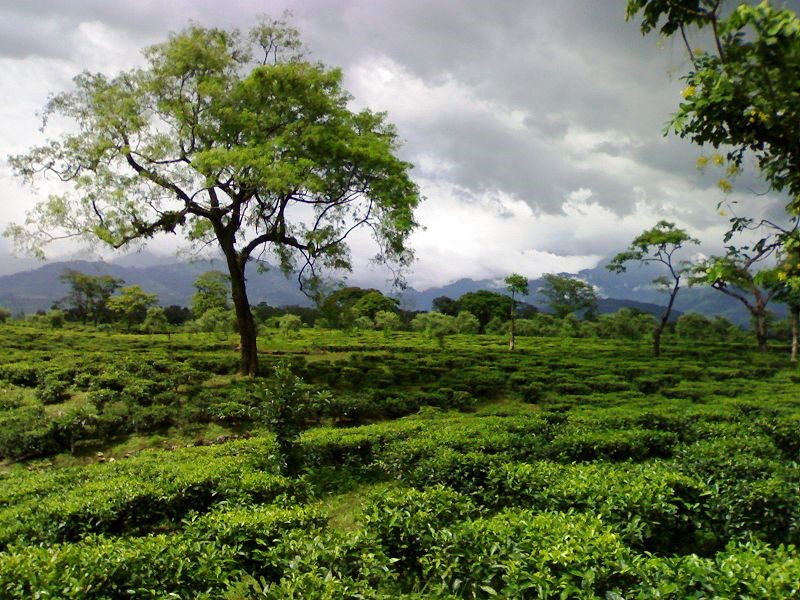 Lying just below Darjeeling, at the foothills of the Himalayas, is a land shared by elephants, rhinos, forests, silent streams, and of course tea. The Dooars consist of tea -growing regions primarily in Jalpaiguri District along with a small region in Coochbehar district, West Bengal. The region is bound by Bhutan and Darjeeling in Northwest and Assam in the East. ‘Dooars’ means doors in Bengali, Assamese and Nepali and is the gateway to the North East and Bhutan. Tea cultivation was pioneered here by British planters in the 19th century, however, Indian entrepreneurs played a significant role in the expansion of these estates.

The teas here are characterised by a bright, smooth, and full-bodied liquor that is mildly lighter than Assam teas.