Tea traditions around the world

Tea is one of those very few drinks that is consumed in almost all parts of the world.  You find tea lovers around the globe and what’s more interesting is that each part of the world enjoys this drink in their own unique manner.

Here is a list of 5 interesting tea traditions you should know if you love tea and plan to have a cup of it around the world!

Most of our understanding of the best accompaniment of tea includes ingredients like milk, ginger, and lemon, among others. Tibetans, however, believe that salt- butter is the way to go! ‘Po Cha’, the traditional tea of Tibet, is made by boiling a brick of Pemagul black tea for hours and then adding milk, salt, and yak butter and churning it all together. This is ideal for keeping the body warm and also cleansing the body. As for non-Tibetans, since the taste is quite unusual, it might help to think of it as a light soup rather than as tea!

The ‘gongfu’ tea ceremony is a Chinese tea ceremony involving the ritual of the preparation and presentation of tea. The term ‘gongfu’ means ‘making tea with skill’. One of the many steps followed in this ceremony is inviting the guests to smell the leaves before brewing. The tea is then brewed and poured into cups arranged in circles. This ritual also involves ‘scent cups,’ which are used solely to sniff and not drink the strong and bitter brew. 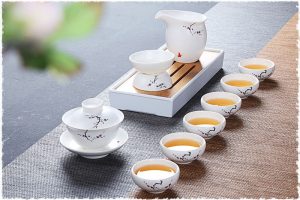 While China had an ancient tradition of tea drinking, it was the early British administrators who first introduced Hong Kong’s to drinking western-style tea that is mixed with milk well over a century ago. Hong Kong style milk tea is called the pantyhose tea and is made from black tea. This tea blend’s brewing is labour-intensive and demands 10 to 20 minutes of dedicated and repeated straining. The key feature of Hong Kong-style milk tea is that a sackcloth bag is used to filter the tea leaves. Hong Kong consumes a total of 900 million cups of it a year! 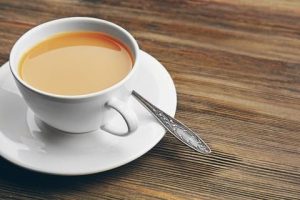 If you have a sweet-tooth, then you should definitely have a cup of tea in Morocco. The Moroccan mint tea, called the Touareg, is a big part of the North African culture. A mixture of green tea leaves, mint and a generous amount of sugar is the customary blend for this tea. The tea is poured from high above into slim glasses. It is served thrice to guests and each time the taste varies a little bit. Refusing a cup of Touareg is considered rude in the Moroccan culture. 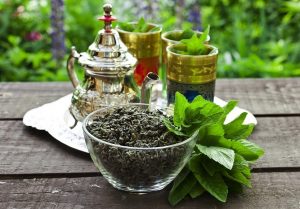 Iranians started growing their own tea only in the 20th century and now it is a drink that is embraced by the entire nation. The serving tray used in Iran is usually made of silver and is accompanied by a bright yellow rock candy called Nabat. Another interesting practice here is that they place a sugar cube between the front teeth and suck the strong brew through it to avoid the bitterness of the drink. 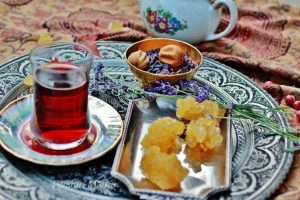 No matter which part of the world you visit, there is nothing like experiencing the tea culture there. These traditions unite us while making us different at the same time.

Do write to us about any interesting tea traditions that you have come across!